Since 2005 a series of lectures called the Mendel Lectures have provided a unique opportunity to meet scientists of international renown. This year’s lectures are held – as in previous years – at Masaryk University’s Mendel Museum. Michael N. Hall and Iain Campbell visited Brno in autumn 2010, and five more leading scientists will be arriving in the months to come.

Michael N. Hall has worked at the Biozentrum of the University of Basel (Switzerland) since 1987. With his group he discovered the TOR protein and explained its role as a central regulator of cell growth. For his work he was awarded the prestigious Louis-Jeantet Prize for Medicine in 2009. 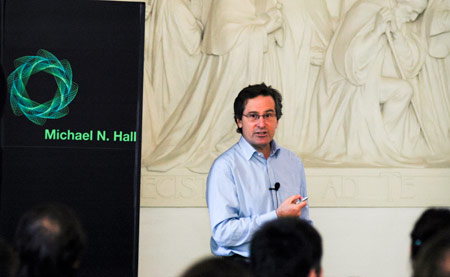 Iain Campbell is from the United Kingdom. In 1992 he was appointed Professor of Structural Biology at the University of Oxford, where he and his group are interested in the modular structure and interactions of proteins involved in cell adhesion. Professor Campbell is the holder of many awards.

The same can be said of a speaker whose lecture is on the agenda for the beginning of April 2011. The aim of Linda Partridge’s research is to discover genes and mechanisms that determine the rate of ageing. Her team works with various laboratories to determine whether these processes show evolutionary conservation. In the middle of April, students and experts will have the opportunity to meet David Sheratt.

In May they will be able to meet Steven Henikoff, one of the world’s most respected geneticists, as well as Hans Clevers and Jeff Errington. 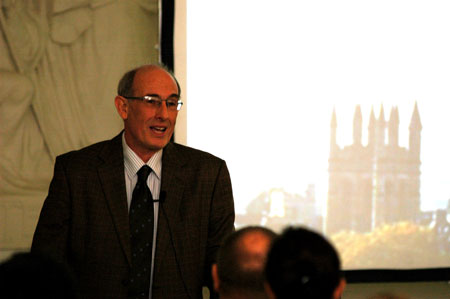 
For more about the Mendel Lectures history, go to the next page.

Genetics – one of the fastest growing fields of science, whose roots lead directly to Brno and Gregor Johann Mendel – and the world’s top scientists in discussion with students and young researchers. These are all attributes of the prestigious Mendel Lectures series, which has been held for seven years at the Mendel Museum of Masaryk University in Brno.

The first series of Mendel Lectures was in 2003, when it was devoted to the 50th anniversary of the discovery of DNA. Since then, Brno has been visited by 50 scientists, including Nobel Prize winners. The lectures held in the refectory of the Augustinian Abbey – the very place where Mendel, the founder of genetics, worked almost 200 years ago – are attended annually by almost one thousand undergraduates, PhD students and scientists, who meet leading figures of science for whom otherwise they would have to travel around the world. Valuable contacts can also be made at the event.

This initiative by leading world geneticists was an attempt to bring science back to the monastery in Old Brno. The way was not easy, but eventually a mutual understanding was reached between the heads of the monastery and the scientific community in view of the importance and uniqueness of the mission of Gregor Mendel,” says Professor Motlík.

The celebration in 2003 of the 50th anniversary of the discovery of DNA structure provided a unique opportunity to revitalize scientific activities at the Abbey. A new exhibition was opened at the Abbey to mark the celebration. The British Council, which was involved in all of these activities, even donated a copy of the original model of DNA molecules as designed by Watson and Crick, Professor Motlík remembers. At the same time a special lecture series was arranged. These became the basis for the Mendel Lectures.
“My involvement with Brno began in 2000, with the planning of the exhibition ‘Mendel: The Genius of Genetics’ and the inaugural conference in 2002, ‘EMBO Workshop, Genetics after the Genome’. The Mendel Lectures grew from this conference and I am delighted that the series continues to attract outstanding speakers,” says Anna Nasmyth, who, with her husband, renowned Oxford scientist Kim Nasmyth, still contributes to the organization of the Lectures very much – they choose which scientists the audience in Brno could meet.

First Lectures
As its name “The Road to the DNA” suggests, the first series of lectures was focused more on the historical context of genetics. Subsequent series have addressed more topical scientific findings. “A small selection committee chooses which scientists to invite each year,” says Anna Nasmyth, explaining how plans for each new series originate. And of course, each of the speakers is a world capacity in his or her field.

In Brno the Mendel Lectures was organized also by Jiřina Relichová of Masaryk University in cooperation with Jan Motlík of the Czech Academy of Sciences and Imma Mautner Markhof from Austria, who looked for sponsors. “The lectures have been – since the beginning – very well attended, with an average audience of eighty,” says Professor Relichová, before adding, “All the lecturers expressed the honour they felt at being invited to speak in such an exceptional environment, where Mendel lived and worked and in which genetics as a science has its origins.”

Money and finance
Masaryk University has become the patron of the Mendel Lectures. At the beginning financing of the Lectures was managed by Vienna geneticist Gustav Ammerer. The Lectures are supported financially by several institutions, including Masaryk University, the Vienna VFG Fund, the Regional Authority of South Moravia, the City of Brno, IMP Vienna, the Augustinian Abbey in Old Brno, the Academy of Sciences of the Czech Republic, and the British Council.

Present
In 2007 the Mendel Museum became a part of Masaryk University. Lumír Krejčí of the Department of Biology of Masaryk University’s Faculty of Medicine is today a co-organizer of the Lectures. “The Mendel Lectures provide a unique opportunity for students and scientists to meet the most important personalities of world science in person, ” says Krejčí. The Press Office at Masaryk University, too, has become involved in promoting the series. “We believe that these meetings are an enriching experience for the audience in human as well as scientific terms, and that they provide those attending with inspiration for their future careers in science, ” declares Krejčí. In the academic year 2010–2011 seven more scientists are to visit Brno.

For news go to this web page.