Liechtenstein Prince discussed with students of the University

Liechtenstein Prince Hans-Adam II who visited Masaryk University in Brno at the beginning of April, met not only the representatives of the university but also discussed with students from four faculties. They touched on issues related to his new book The State in the Third Millenium. After the Prince´s lecture and the discussion, Rector of Masaryk University Petr Fiala acknowledged Hans Adam´s contribution to the development of Czech-Liechtenstein relations by awarding him the university's Great Gold Medal. 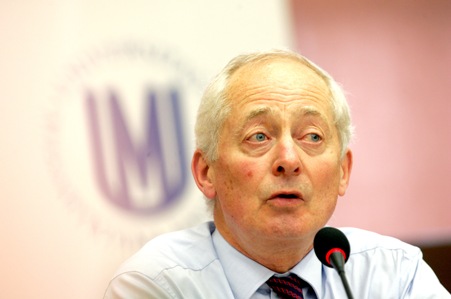 At the beginning of the Prince´s visit the Lecture about the role of modern state was held at Faculty of Arts of Masaryk University. Photograph: Ondřej Surý. 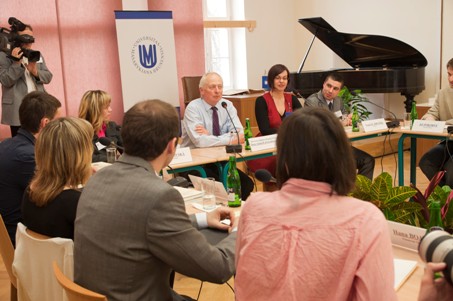 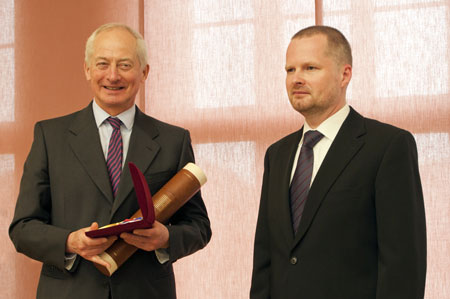 The Great Gold Medal of Masaryk University is awarded to the most distinguished public figures at home and abroad in appreciation of their efforts for the promotion of democracy and the betterment of humankind. Nominees for the medals are submitted by the Rector to the Scientific Board of Masaryk University, which puts them to the vote. Recipients of the medal include His Royal Highness Prince of Wales (2010) and Madeleine Albright, United States Secretary of State (in 2000). 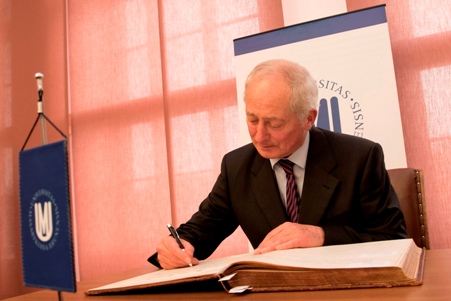 Hans Adam II also put his signature into a commemmorative book of Masaryk University which was opened for the first time in 1919. Photograph: Tomáš Muška.